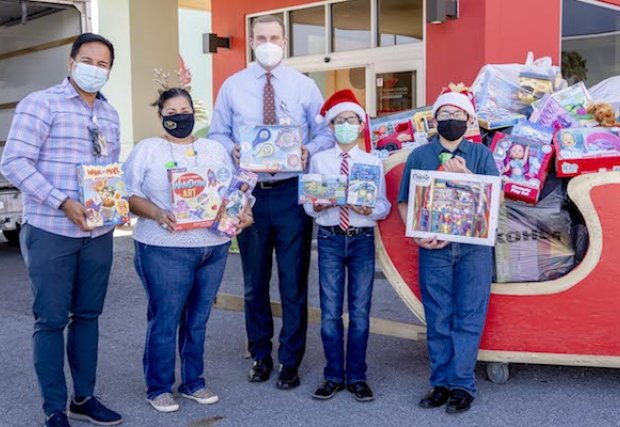 Christmastime is the season for giving, and every year South Texas Health System Children’s is blessed by the community’s generosity, receiving an abundance of donations for its pediatric patients from nonprofit organizations, schools, police departments and more.

Every item given is received with such excitement and appreciation from the children in our care. Having been on the receiving end of the support and generosity, former STHS Children’s patients Isaac Garza, 12, and Angel Quintanilla, 24, each host an annual toy drive to help ensure every child at STHS Children’s gets to experience the same joy they did when hospitalized.

Through their weeks-long drives, along with the dozens of toys dropped off in bins set up during the STHS Children’s Around the World Christmas Posada, the former patients collected a combined total of nearly 2,000 toys. 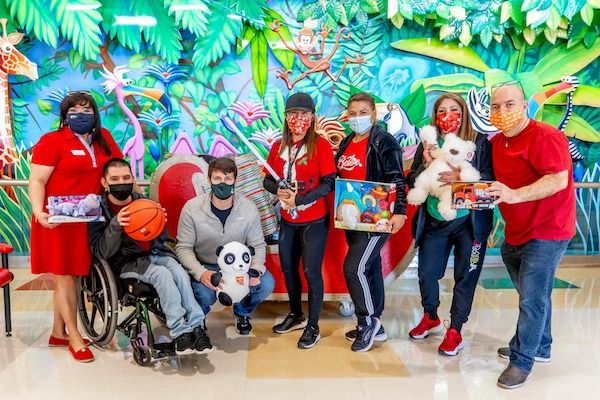 "When you're a child in the hospital during the Christmas season, it's just tough," said Lance Ames, CEO of STHS Edinburg and STHS Children’s. "All our pediatric patients at South Texas Health System Children's are going to be given the gift of joy as they receive a special toy or gift from these wonderful toy drives. They're going to feel the spirit of the season. We're so grateful for everything Isaac and Angel do to help bring that little glimpse of magic to our patients who otherwise would not be having as great of a Christmas."

Garza has Kawasaki disease — a rare condition causing inflammation in the walls of the body’s blood vessels — and continues to receive treatment at the STHS Pediatric Comprehensive Care Clinic. He founded Isaac’s Angels Toy Drive, which is now in its sixth year of benefiting STHS Children’s. During the 2020 season, a height of hardships for many families in the Valley due to the toll of COVID-19, Isaac’s Angels received more than 800 toys — one of the drive’s largest collections to date.

Learn how we care for children with higher risk, chronic illnesses →

With more than 900 toys collected this season, gathered from 13 drop-off stations located across multiple cities between Roma and Pharr, the drive set a new record. "Isaac has never forgotten all the nurses, doctors and the friends he made while he was hospitalized," said Laura Gomez-Garza, Isaac’s mother. "At 7 years old, he was so determined to go back and give a toy to every child, and his enthusiasm for this drive only grows with each passing year."

Quintanilla was diagnosed with cerebral palsy and was an STHS Children’s patient since the facility first opened 15 years ago until he became an adult. He has hosted a drive for the past 17 years without fail and this year also set a personal record of collecting more than 1,000 toys. "I am so blessed and honored to be helped by an amazing community," he said. "It's overwhelming and wonderful. I hope that we can brighten up the patient’s day, even if it's just for a little while. I hope that we can make them smile and spread some holiday cheer."

The toys donated by Isaac, Angel and the rest of the community during the holiday season are turned over to the hospital’s Child Life department, which works with children and their families during their hospitalization to help them understand and cope with their unique experiences, including handing out toys to children in the hospital’s care on a daily basis. This year’s collected toys will be distributed well into the new year.